Aboriginal Languages Around the North of Sydney

Voices of the Past 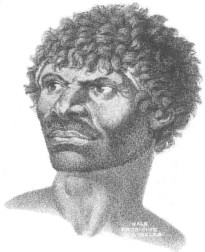 Merely half a decade has passed since draconian laws existed preventing Aboriginal people from speaking their native tongue. Fortunately, attitudes have changed and we have entered a new era of understanding. The voices from the past are able to speak clearly once more without fear of punishment. There is a dream that in the future these voices of the past can be heard loudly and understood by all.

In New South Wales alone there are too many language groups to mention them all here. Just to name a few:-

and many, many more.

It is a great shame that there is no name recorded or remembered for the language once spoken by Aboriginal people in the Sydney Basin. The reason for this may be that this region was the first, and possibly the hardest hit by the effects of colonisation. It is often mistakenly believed that the language name for the Sydney area was ‘Eora’ or ‘Iyora’, however this is merely a term in the Sydney Language meaning ‘person’ and was adopted for use as the language name in the mid-twentieth century. Despite the language being regarded as functionally extinct there were many words borrowed by the colonists which are still recognised in English today (eg warada is waratah).

A great number of words from the Sydney language have managed to survive against all odds by word lists compiled from old documents written by colonists who had direct contact with the language and people who once spoke it. The following words are from this language.