The Aboriginal Heritage Office hosts a museum of Aboriginal artefacts and historical displays covering pre-colonial times to the modern day.

For more information on how to use 360 Virtual Tours, click here.

Here are a few examples of what you’ll see:- 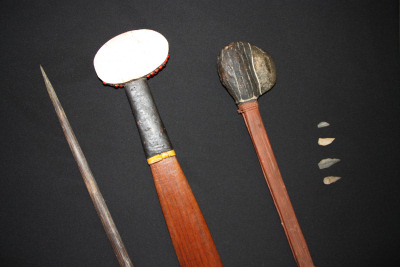 The necessary tools and equipment for hunting, fishing and warfare were one of the very few items that Aboriginals carried with them from place to place. Most were used for a multiplicity of purposes. Because many were made from raw natural materials, such as wood, generally only partial remains are found today. 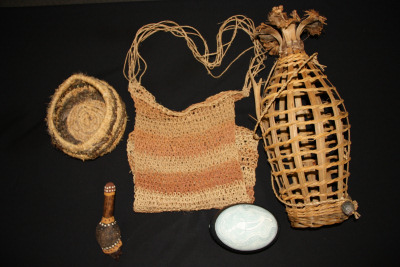 Clever and innovative methods and techniques were used to convert natural fibres to containers, carriers and utensils. Fibres of flax plants, tree bark, human hair, animal fur and sinew were some of the materials used. 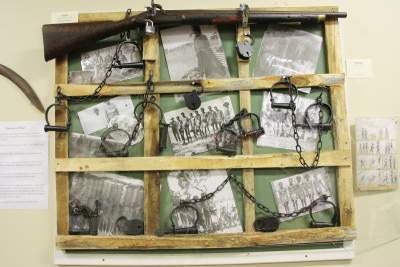 Much of the hardship that has been endured by Aboriginal people in the course of the struggle to protect their traditional lands has not always been made known. This display shows some of the impacts of colonialism on Aboriginal Australians. 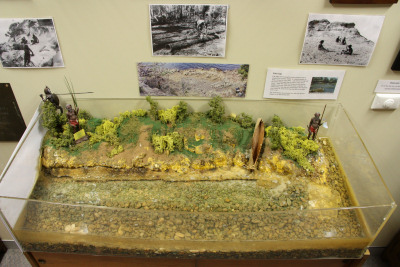 A working model of a coastal fish trap. The model shows how such fish traps were used by Indigenous people to trap fish at low tide.

Apology from the Australian Government 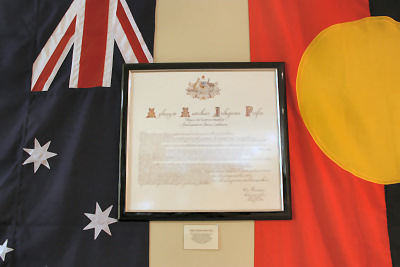 On 13th Feb 2008, the Australian Government issued a formal apology to the Indigenous people of Australia for past wrongs caused by successive governments.

This document is one of only five hand written and signed copies of the apology and is on display in the Aboriginal Heritage Office in Northbridge.

The wording of the apology reads:-

That today we honour the Indigenous peoples of this land, the oldest continuing cultures in human history.

We reflect on their past mistreatment.

We reflect in particular on the mistreatment of those who were Stolen Generations—this blemished chapter in our nation’s history.

The time has now come for the nation to turn a new page in Australia’s history by righting the wrongs of the past and so moving forward with confidence to the future.

We apologise for the laws and policies of successive Parliaments and governments that have inflicted profound grief, suffering and loss on these our fellow Australians.

We apologise especially for the removal of Aboriginal and Torres Strait Islander children from their families, their communities and their country.

For the pain, suffering and hurt of these Stolen Generations, their descendants and for their families left behind, we say sorry.

And for the indignity and degradation thus inflicted on a proud people and a proud culture, we say sorry.

We the Parliament of Australia respectfully request that this apology be received in the spirit in which it is offered as part of the healing of the nation.

For the future we take heart; resolving that this new page in the history of our great continent can now be written.

We today take this first step by acknowledging the past and laying claim to a future that embraces all Australians.

A future where this Parliament resolves that the injustices of the past must never, never happen again.

A future where we harness the determination of all Australians, Indigenous and non-Indigenous, to close the gap that lies between us in life expectancy, educational achievement and economic opportunity.

A future where we embrace the possibility of new solutions to enduring problems where old approaches have failed.

A future where all Australians, whatever their origins, are truly equal partners, with equal opportunities and with an equal stake in shaping the next chapter in the history of this great country, Australia.