The majority of sites are shell middens. The AHO has been carrying out research into the effects of coastal erosion on these sites. It has found around a third of sites are experiencing significant coastal erosion. Each site is affected by tidal wash in different ways due to localized rock outcrop or shoreline shape, the type of shore (rock platform, beach or mixed), the occurrence and size of wave action, the frequency of boating traffic and so on. 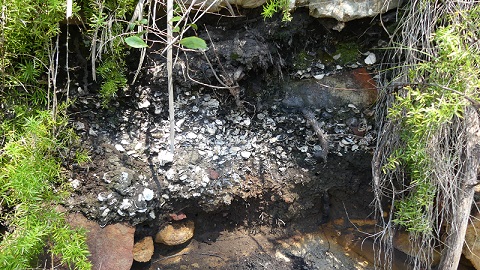 If you would like to learn more about shell middens, why not take our Shell midden Virtual Tour?

From around 7000 to 3000 years ago, global mean sea levels rose 2 to 3m to near present-day levels.  The Intergovernmental Panel on Climate Change (IPCC) states that there is medium confidence that fluctuations in sea level over the last 2000 years have not exceeded approximately +/- 0.25m on time scales of a few hundred years. Sea level began to rise above this late Holocene background from between 1905 and 1945.(1)

This sea level rise of the 20th and 21st century has been well documented from very long-term tide gauges around the world, as well as the two longest continuous tide gauges in Australia, at Fort Denison in Sydney Harbour (since 1866) and Fremantle, Western Australia (since 1897).(2)

The increase in mean sea level may appear relatively minor, however, the greatest impact is most dramatically seen during peak events, such as ‘King Tides’.  In the southern hemisphere high tides peak during summer and winter months.  ‘King Tides’ are the colloquial term for the highest ‘spring’ tide that takes place on the new or full moon during these months.  In summer the peak tides are during the day, while the peak tides are usually at night in winter.  A peak spring tide is usually higher than 2m above tide gauge zero (Fort Denison, Sydney Harbour), compared with a normal high tide of 1.5m to 1.7m.(3)

This too may appear minor as King Tides are a normal occurrence. The concern is flood frequency, height and extent. With each increase in sea level there is an increasing impact on the shore, and when these highest tides combine with storms or high rainfall events, this is magnified. In Sydney storm surges associated with an East Coast Low can cause elevated seas, which become more devastating when associated with wind driven waves. One shell midden that the AHO was monitoring lost several cubic metres of archaeological deposit in one storm event in 2016.

In the estuary areas of Sydney boating traffic is significant and boat generated waves are arguably a more immediate and frequent impact to foreshores.  In tranquil coastal, estuarine and river environments boat wakes may be the leading cause of shore line erosion as these areas are not adapted to ongoing wave action. AHO survey teams have noted that even small boats could set off a series of waves to the shore that would exacerbate erosional processes when coinciding with very high tides. Larger vessels can create waves between 0.25m to 0.87m high in Sydney Harbour and Parramatta River (Watson, 2012: 42). 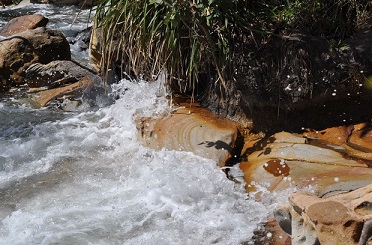 The most recent work by the AHO has shown that the majority of sites is considered to be in a stable condition for now. However, the longer term picture is bleak due to predictions of continued sea level rise, increasing large boat traffic in estuaries, the increase in peak storm and tide events, and ongoing and increasing human and animal impacts. 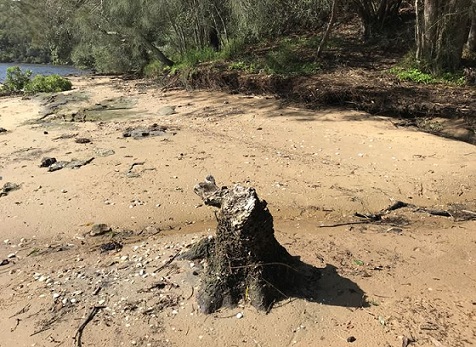